When you arrive at King Shaka International Airport in KwaZulu-Natal, South Africa, Your Drive will meet you and be your personal chauffeur for your holiday in KwaZulu-Natal.

The number of tourists to South Africa is projected to reach an impressive 19.6 million by 2023, according to the World Travel & Tourism Council (WTTC).

Therefore, tourism has been identified as one of three sectors that could offer growth for business owners in the country this year, according to Executive General Manager of Impact Investments at Business Partners Limited, David Morobe.

The battles fought in the rolling hills and valleys of northern KwaZulu-Natal some 120 years ago changed the course of South African history, and still today, the area is now known as the ”Battlefields” seems to echo with the heroic and often tragic deeds of the past. The sites of famous skirmishes that rocked the British, weakened the Boers and broke the mighty Zulu nation continue to draw visitors.

Traveling from Durban inland along N3 your first town of the Battlefields area is Estcourt.

Originally known as Bushman’s River on account of its waterside location, the picturesque town of Estcourt was renamed after the MP for North Wiltshire who sponsored British settlers under the Byrne immigration scheme.

Estcourt is a gateway to the imposing Giant’s Castle region of the central Drakensberg range and the KwaZulu-Natal Battlefields. For more information on Estcourt and surrounds, the villages of Frere and Willowgrange.

Leaving Estcourt your next place of interest would be the town of Weenen.

Weenen was established in 1838 on the banks of the Bushman’s River and named ‘The Place of Weeping’ in memory of Zulu-massacred Voortrekkers. KwaZulu-Natal’s, Weenen is today a fascinating mix of history and eco/cultural-tourism…plus a myriad opportunities for daredevil thrill – seekers in this aptly-named Adventure Valley.

Leaving Weenen your next place of interest would be the town of Colenso.

On the banks of the Thukela River and surrounded by the Drakensberg foothills, Colenso was known as Commando Drift before being renamed in honour of the first Bishop of Natal. John William Colenso was a missionary who translated the New Testament into Zulu…earning the title Sobantu – Father of the People. African life can be observed here in an undisturbed natural state, unspoiled by any form of commercialisation.

Leaving Colenso your next place of interest would be the town of Ladysmith.

Ladysmith is located on the banks of KwaZulu-Natal’s Klip River. Proclaimed in 1850, it was named after the Spanish wife of Sir Harry Smith. It became a prosperous staging- post for fortune-hunters en route to the Transvaal goldfields and diamond discoveries at Kimberley. Ladysmith made world headlines at the end of the 19th century when it was besieged for 118 days during the most crucial stage of the Anglo-Boer/South African War. Its historic heritage is its main claim to fame, with many fascinating sites to discover.

Today a commercial centre for surrounding communities, Ladysmith is the natural gateway to the tourist delights of the Central and Northern reaches of the Drakensberg range.

Leaving Ladysmith your next place of interest would be the town of Glencoe.

Named after a valley in Argyleshire by Scottish settlers during the late 1800s, Glencoe has a proud railway history the first train arriving on 4 September 1889.

General French was periodically stationed at Glencoe during the Anglo-Boer War, and Boer President Paul Kruger twice stayed overnight during the Siege of Ladysmith.

The house of Carl Landman – second in command at the Battle of Blood River can – be found on a farm close to Glencoe.

Leaving Glencoe your next place of interest would be the town of Dundee.

Nestling in a valley of the Biggarsberg mountains, Dundee was originally a farm owned by Peter Smith, who in 1882 named it after his Scottish hometown. Dundee is surrounded by evocatively-titled peaks – Indumeni (where the thunder rolls), Mpati (place of good waters) and Talana (shelf for precious items) rich coal deposits attracted merchants and fortune hunters.

Smith floated the Dundee Coal Company on the London Stock Exchange in 1899, and Dundee soon emerged as a boomtown graced with stately homes and the first theatre north of Port Natal-Durban. Pioneer traders from the Indian sub- continent settled here during the following decade, when Dundee became the meeting place of seven roads into the hinterland and coast of Africa. It remains a convenient central base for exploration of this corner of KwaZulu- Natal.

Leaving Dundee your next place of interest would be the town of Dannhauser.

A small, picturesque town in the Battlefields area of KwaZulu-Natal, known for its coal.

Leaving Dannhauser your next place of interest would be the town of Newcastle.

Newcastle was originally known as Post Halt Two on the journey between Port Natal-Durban and the Zuid-Afrikaansche Republiek (Transvaal), the town was referred to as Viljoensdorp by the Boers during their brief occupation in 1899. At the junction of three provinces, this ‘natural’ destination and departure point for travellers is now the largest town in northern KwaZulu- Natal…with all the amenities and advantages of city life a mere ten minutes’ drive from scenic, pristine mountain countryside.

Newcastle was named after the Earl of Newcastle who was, in 1864, the Colonial Secretary in Queen Victoria’s Government. The township was set out by Dr Sutherland who later became the Surveyor General of Natal.

This cosmopolitan character is celebrated annually over the first week in September – with the International Village Festival.

Leaving Newcastle your next place of interest would be the town of Utrecht.

Nestling in a corner of the Balele mountains, the little town of Utrecht is one of the five original Voortrekker settlements established prior to 1850.

Utrecht was prominent during the Anglo- Zulu War of 1879, when for several weeks it served as British HQ for both Commander-in-Chief Lord Chelmsford and Colonel Evelyn Woods’ famous ‘Flying Column’. The house in which Prince Louis Napoleon is said to have visited the daughter of Swart Dirk Uys is today an important tourist attraction.

Utrecht is uniquely situated within a game park – animals roam into town at night! 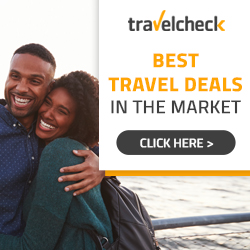